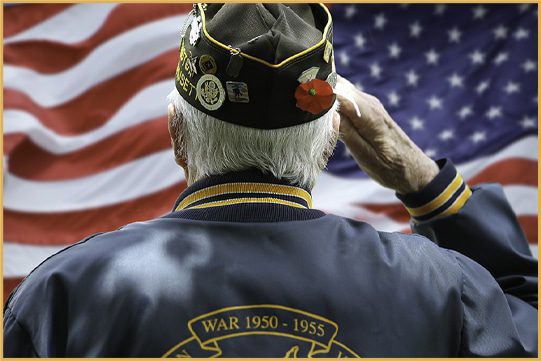 Defective 3M Military Earplugs, and What Alabama Veterans Should Know

Members of the United States armed forces who served between 2003-2015 and were issued 3M Combat Arms CAEv2 earplugs and who have since begun to experience symptoms of hearing loss may have grounds for legal action against 3M. At Mezrano Law Firm, we are prepared to fight to protect the rights of our U.S. service members, who unknowingly sacrificed their hearing to protect our freedoms. We offer a free initial consultation to discuss your case with an experienced Alabama product liability lawyer. You will not pay attorney fees until we recover compensation for you.

How are the 3M Combat Arms (CAEv2) earplugs defective?

The defective earplugs have a dual-ended design, supposedly to offer two different types of protection. One end of the earplug gets inserted into the ear to protect the wearer’s hearing from the loud sounds of military combat. The DOJ settlement accuses 3M of knowing that the earplug was too short to be inserted into the ear properly, and that it could become loosened after wearing, which allowed loud sounds to enter the ear canal and offered little to no protections. An article in Military Times reports that although testing conducted by 3M found that the earplugs were defective, the company falsified certification stating that the testing complied with military standards, according to the lawsuit.

What are the injury risks associated with defective 3M Combat Arms (CAEv2) earplugs?

The primary complaints that veterans have are hearing loss and tinnitus, a relentless ringing in the ears that never subsides. Two veterans who were issued the defective earplugs during their military service were interviewed on CBS News report hearing loss and constant ringing, ticking, or buzzing in the ears, which is tinnitus.

Have there been lawsuits filed regarding injuries from 3M CAEv2 earplugs?

Thousands of claims are have been made already, and more are happening every day.

A federal judicial panel has just ordered the transfer of a multidistrict litigation (MDL) for the more than 640 individual lawsuits that claim 3Ms defective earplugs have caused members of the U.S. military to sustain varying levels of hearing loss and damage. An MDL is similar to a class action, except that in an MDL, each case remains an individual case rather than being folded into one massive case. MDL’s are assigned when there are multiple lawsuits against the same defendant. Each plaintiff pursues his or her own case, as each person will have different injuries, but the plaintiffs allege that they are all caused by the same defendant.

The plaintiffs file their cases in the federal court where the MDL has been assigned, and they go through pre-trial and discovery as a group, which makes it easier for each plaintiff to have access to the information they need to develop their case, it streamlines the efforts of the court involved, and instead of answering interrogatories from hundreds of plaintiffs, the defendant can send their answers and any other required documentation to one place. Once the pretrial issues are resolved, the case can return to a court local to the plaintiff.

What type of compensation is available for servicemembers injured by defective earplugs?

Last summer, 3M agreed to pay the U.S. Department of Justice $9.1 million to settle allegations that it supplied the military with defective earplugs without disclosing the known ineffectiveness of the earplugs to protect servicemembers hearing in combat situations. 3M settled the claim without admitting wrongdoing, yet the servicemembers who lost their hearing, or who are plagued by tinnitus are left with nothing. Military.com reports that tinnitus is the number one disability among U.S. veterans, and their rates of tinnitus are much higher than the general public because of the loud sounds of gunfire, machinery, aircraft, and more.

If you served in the U.S. military between 2003 and 2015, were issued and used the defective 3M Combat Arms CAEv2 earplugs, and have received a diagnosis related to hearing loss, you may have grounds for legal action against 3M. Several servicemembers have already filed lawsuits against 3M complaining that they knowingly supplied the Department of Defense with defective earplugs, which could potentially damage hearing, cause hearing loss, tinnitus, and other related health conditions. If your case was successful you might expect to receive compensation for:

A defective product attorney from Mezrano Law Firm is part of a team with more than 40 years of combined legal experience. We have recovered millions in settlements and verdicts on behalf of our clients. We are here to fight for justice for you.

When you or someone you care about has sustained hearing loss, tinnitus, or any other hearing-related injury after serving in the U.S. military and using 3M earplugs, you can rely on the trusted Alabama defective product lawyers at Mezrano Law Firm. We fight for the rights of injured clients throughout the state with offices in Birmingham, Mobile, Florence, Gadsden, and Tuscaloosa, and we want to be your law firm. You may schedule your free consultation to discuss your case with a skilled Alabama products liability lawyer by calling 205-206-6300 or filling out our contact form today.

If you have a case, you have a lawyer. Call us today to learn more about how we can help you.