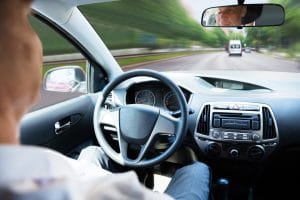 If you’re anything like us, you fully expected to have flying cars and jet packs by now. As it turns out, the way of the future won’t be modeled after The Jetsons, after all; instead, companies producing self-driving cars will be moving us forward.

Several studies show that most auto accidents result from mistakes made by people. However, driverless vehicles won’t prevent all auto accidents. In fact, at least two car crashes caused by self-driving vehicles have made national headlines: In May 2016, a Tesla automobile in autopilot mode collided with an eighteen-wheeler and killed a driver in Williston, Florida. In March 2018, an autonomous Uber vehicle hit and killed a pedestrian in Tempe, Arizona. A recent study by the Insurance Institute of Highway Safety also showed that autonomous vehicles may not be as safe as we’d like. Per AP News, “Auto safety experts say humans cause about 94% of U.S. crashes, but the Insurance Institute for Highway Safety study says computer-controlled robocars will only stop about one-third of them.”

What happens if you get into a wreck with an autonomous vehicle?

Assigning blame for an auto accident caused by a driverless car is tricky. Is the owner to blame? Is the manufacturer liable? What if the mistake is related to defective software or a programming issue: what do you do then?

Truth be told, liability for auto accidents involving driverless cars depends on the circumstances. In fact, the manufacturer, a passenger, a passing pedestrian, or the car’s owner could be liable. In addition, several different companies – such as automakers, transportation rideshare services, and technology companies – are involved in developing, testing, and releasing self-driving vehicles, so finding the person or entity responsible for causing the auto accident involving a driverless car is hard.

We cannot turn to the laws for help yet

The current federal laws and regulations regarding auto accidents don’t cover autonomous cars nor accidents caused by driverless cars. Like flying cars and hovercrafts, self-driving vehicles were considered the stuff of science fiction when the laws went into effect, and now many states are scrambling to update their rules accordingly.

Alabama is trying, though. In February 2020, Senator Allen Ge introduced a bill addressing driverless commercial vehicles and trucks, which:

The bill also notes that the vehicles would need at least $2 million in liability insurance, and that “the registration of an automated commercial motor vehicle shall not be interpreted to abrogate or amend any statutory or regulatory provisions or any aspects of common law pertaining to liability for any harm or injury caused.”

Determining liability for car crashes caused by driverless vehicles is important because we need to protect drivers on the road. The Alabama car crash lawyers of Mezrano Law Firm represent injured clients throughout the state. If you or a loved one were hurt in a car or truck accident, reach out to an experienced Alabama personal injury attorney today. For a free consultation, complete our contact form or call us at 205-206-6300. We have offices throughout Alabama, including Birmingham, Florence, Gadsden, Mobile, Montgomery, and Tuscaloosa.