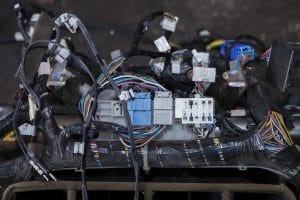 The modern vehicles on the roads of Alabama today heavily rely on the electrical wiring system throughout them in order to operate. When there is a defect in the wiring system that is not resolved, the affected part can malfunction, leading to a serious accident. Drivers, passengers and others on the roads around you can be at risk for suffering serious injuries or even death when the electrical system on a modern car fails.

How do I know if my car’s wiring is failing?

When a recall is issued for a vehicle because of an electrical issue, it is most often for a wire that short circuits. The majority of drivers have no knowledge of a car’s electrical system failing until it is too late. For example, the driver might not know there’s a problem until an accident happens or a recall notice arrives in the mail. There are signs drivers can be mindful of when it comes to electrical defects in cars and they include the following:

Most vehicles that suffer from electrical problems include a blown fuse, a dead battery, an alternator that has blown out and bad spark plugs. You should never ignore a recall notice related to a problem with the electrical system of your vehicle. It could lead to a tragic accident.

What are my legal options?

The owner of a vehicle has the legal right to file a lawsuit for a defective product if an electrical defect in the wiring system of the vehicle leads to an accident. These claims can be filed against the product manufacturer for breach of implied warranty, breach of an express warranty and strict product liability. Strict liability holds a manufacturer liable for a product defect even if they exercised care in the production of the product.

When you file a product liability lawsuit, you will need to prove that you were injured in an accident, that the car suffered from a defect and that the defect was the direct cause of the accident and the subsequent injuries.

This is a fair question, especially since autonomous vehicles have already hit the streets of Alabama and the rest of the country. Some of these autonomous vehicles have been involved in fatal accidents and the vehicles have yet to go fully autonomous. Whenever we reach full autonomy with vehicles, electrical wiring defects could wind up being incredibly deadly. Will “drivers” sleep behind the wheel? If so, they might not notice any of the signs outlined earlier, which can be deadly for them, their passengers and others on the road.

The Mezrano Law Firm proudly represents Alabama residents who have been injured in motor vehicle accidents caused by electrical defects. The wiring system in your vehicle is vital to its safe operation. If you have been injured in such an accident, be sure to call our Alabama car accident lawyers at 205-206-6300 or complete the contact form to schedule a consultation. We have locations in Birmingham, Florence, Gadsden, Mobile, Montgomery, and Tuscaloosa to better serve you.