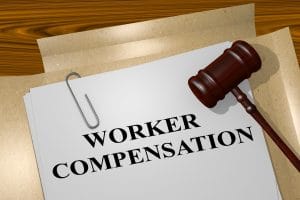 Connie Hay is fighting to change the state workers’ compensation laws. Her son, Mason Spurlin, worked for J&M Tank Lines in Sylacauga; he died due to toxic inhalation on the worksite. Under Alabama’s workers’ compensation law, the estate of the son was only entitled to $7,500 even though the employer had apparently violated Occupational Health and Safety Administration (OSHA) regulations.

According to CBS 42, Spurlin “lost consciousness, asphyxiated, and died from oxygen deprivation,” in 2019 while washing out a tanker for J&M Tanking. OSHA records revealed five serious violations regarding working in “permit-required confined spaces.”

At this time, Alabama law grants immunity to companies, so they cannot be sued by families whose loved ones died on the job. Hay is fighting to change the law because the immunity leaves Hay with no legal recourse for her to sue the company. “I feel like the state is saying 7,500 is what his life was worth,” Hay told CBS 42. “I am not saying if you break your arm, you can sue [the company], but if it is a federal OSHA regulation you should be able to be held liable for it.”

What changes is Hay seeking?

Hay wants to change Alabama’s workers’ compensation laws in one of two ways:

While no amount of money would ever make up for the loss of her son, Connie Hay is fighting for justice – for her son, and for other Alabama families whose loved ones have died on the job. “To be able to get justice, yeah the law needs to be changed,” she said.

What are Alabama’s death benefits?

The Alabama workers’ compensation law provides that if a worker dies due to a workplace accident, then benefits are paid as follows:

If you were hurt or a loved one died due to a workplace accident or occupational illness, our experienced Alabama workers’ compensation lawyers help you get justice. At Mezrano Law Firm, we help to properly classify your injury as a temporary or permanent disability, assign the correct impairment rating to your case, and help ensure you are not forced back to work until you are healthy. To speak with an experienced work injury lawyer, call us at 205.206.6300 or use our contact form to schedule an appointment. Our offices are in Birmingham, Tuscaloosa, Mobile, Montgomery, Florence, and Gadsden.